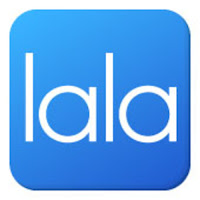 Woke up this morning to the news that my favorite streaming music service, Lala.com, would go dark as of May 31.

I knew the headline would provoke some strong reaction very quickly, primarily from devoted McLuhanist/unofficial Lala.com spokescurmudgeon Paul Schatzkin (who's right, by the way). And, as predicted, I'm already seeing plenty of hand-wringing/finger-pointing/bird-flipping from my digital circle of interaction.

But when news of Apple buying Lala last winter was followed by no news at all about the service (or its technology/innovations) even in the midst of a boatload of broader yet easily associated Apple news (iPad, iPhone OS4.0, etc.), it seemed inevitable that Cupertino was going to put Lala on the shelf.

(Now that I'm thinkin' 'bout it, why not take some time out of your day and listen to my Lala-hosted "Moments of the Aughts" playlist to your right? I get not one iota of remuneration from it...plus it'll be gone in a month...)

When my friend (and unrepentant St. Louis Cardinals fan) John Clore showed me Lala a couple of years ago, my initial thought was "Here we go again…another service trying to carve out a space in the digital music universe. Wonder how long it'll last."

It wasn't until a couple months later, when I finally decided to ditch my long-standing Rhapsody membership (although at the time it was the best $15 per month I spent for my profession) and really dug into what Lala had to offer when I finally realized how revolutionary the service could be.

And how that made it even more doomed to not be around very long.

The primary attractions to Lala for me were:
•    Ability to listen to any licensed music in their catalog once for free.
•    Ability to purchase web-only versions of songs for 10 cents per track or $1 for an album, on average.
•    Reasonably priced, high-quality MP3 downloads for music you actually wanted to purchase to play on mobile devices or burn to hard copy media.
•    Most importantly, the idea of their Lala Mover software, which looked at your iTunes music folder, matched the (properly metatagged) music you had on your computer with what they had licensed, as well as securely uploaded unique tracks you have (ie., bootlegs, pre-releases, etc.), essentially re-creating your iTunes library "in the cloud."

(I say "the idea" of the Mover software, because it was always kinda clunky and didn't work extremely well. Granted, I have a fairly sizable library of music, but not as big as others', and it took several DAYS for Mover to upload my catalog. And keeping it updated with new material was another story altogether.)

So what happens now? Will we see some/all of Lala's functionality transition over into the next major upgrade of iTunes, which will need to happen right around the time iPhone OS4.0 rolls out? Will we see the industry's first viable music subscription service appear, with an established user base reaching into the hundreds of millions worldwide? Or will we see a continued adherence to the existing digital access models (ie., $1.29 a track, you gotta download it and manage it yourself)?

The short answer is: I have no friggin' clue. But what would I do if I were Apple? (Because I know that's what you've been waiting for…my suggestions.) If I were integrating some of LalaRIP's functionality into iTunes, my number one priority would be to keep the "Play Once For Free" option. The 30-second sample is dead, dead, dead, should stay dead, should never have been brought to life in the first place…dead.

(Yes, the Music Industry complaint will be that people can take that one-time listen, reproduce it digitally and distribute it willy-nilly around the globe. To them, I say…you need to change your calendar from 1995.)

Whatever voodoo Lala did (within the browser experience, even) to allow users/members to listen to tracks once all the way through and then provide samples after that has to have led to sales. It has to. Obviously I don't have numbers to definitively back that up (sorry, KateO), but anecdotal evidence/gut feeling tells me it's so.

So Apple should rework whatever technological and contractual obligations it has to to make this happen. Yes, that's the oft-forgotten second piece of the puzzle, the deals with music companies large and small Apple has in place, but considering iTunes now accounts for a quarter of U.S. music sales, methinks there's enough of a lever there to make the POFF model (yes, I just acronymed it…feel free to spread it around) an ongoing reality.

Now, the web tracks/cloud storage/subscription service modes? Do I think they're gonna happen? Yes. Is it going to be when *we* want it, as in yesterday (or at least before May 31)? I seriously doubt it.

But I'm OK with that, because I don't think it's bad for us, as Consumers (yes, I used the C word) to have a little skin in the game…a topic for another day.
- Lucas Hendrickson at 10:28 AM