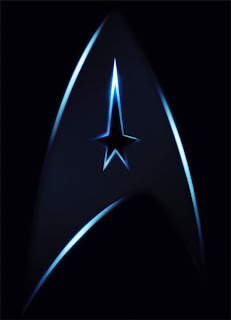 If the Star Wars prequels taught us anything, it's one simple idea: "Don't suck."

The power of J.J. Abrams' reboot of the Star Trek franchise comes in the form that, although the film takes you back to the beginnings of characters you know and love, it doesn't presuppose that everything you know about those characters will inevitably happen. (An idea which, according to friends who are also LOST devotees, kinda runs counter to Abrams' now-most famous TV work...)

Chris Pine plays James T. Kirk with a recklessness that isn't done to distance himself from what we know of William Shatner's portrayal, but in a way that is completely (and eventually) explainable within the storyline.

The storyline also presents Zachary Quinto's Spock with the only scenario worse than being a child of two worlds, yet welcome in neither, his primary dramatic conflict throughout the series. Spock's inner struggles are only enhanced by the choices he's made, to deny part of himself, only to have the source of his choice taken away tragically.

The difference between this version of the Star Trek franchise and the superhero movie series we've seen roll out over the past few years is that we're conditioned to view the superhero universes as fluid. The comics and graphic novels change course at the whims and wills of the creators and or companies involved. We know that the Superman, Batman and Spider-man origins presented on the big screen aren't meant to be canon, merely a representative of that character in that format.

Star Trek, however, has remained remarkably consistent across the four decades (and various series and spinoffs) of its existence. These core characters have stayed true to their original mission, and the echoes of their work have carried on through the motion pictures and television efforts.

Abrams' film doesn't erase what has come before, but simply resets it, allowing this Kirk, Spock, Bones, Scotty, Uhura and company to chart their own course, one that may or may not be equal to the one we already know.

What this sets up is not only a sense of curiosity about their futures, but also a sense of peril. These folks may or may not survive through subsequent chapters, because this film sets up their future as unknown. Which makes for great potential storytelling.

At the same time, Abrams doesn't ignore the past (or future) we already know, going so far as to plant a character who remembers what the Enterprise crew becomes. (How's that for awkward tense structure?)

That's just the underpinning. The action, the pacing, the humor (never overt, but certainly present)...all of them add to the overall impact of the movie as a whole.

This is one Star Trek experience I wish I could see unfold in front of me every single week. Too bad it'll probably be three years before we see what happens next...but happen it shall, especially after Paramount sees this weekend's box office numbers.
- Lucas Hendrickson at 3:21 PM