A night of firsts... 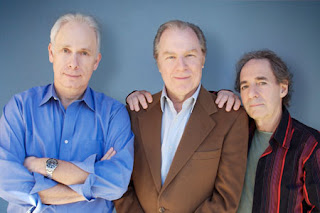 As many times as I've been in the audience at the Ryman Auditorium, it's only on the odd occasion that something new happens to me.

* I was handed a live mic and allowed to address the artists on stage.

* My name was spoken aloud from that hallowed stage (twice, actually...)

* I was proposed to from said stage.

Back to the final bullet point in a minute.

It's long been my contention that everyone who even thinks about working in the music business (even in the miasmatic state its in today) should be required to watch This Is Spinal Tap before drawing their first paycheck. Even as the film celebrates its silver anniversary this year, the characters and situations still ring true.

I could point you in the direction (in several different genres, actually) of real-life analogues of not only David, Derek and Nigel, but also Ian Faith, Bobbi Flekman, Artie Fufkin, Sir Denis Eaton-Hogg and many more. I know dozens of people who could tell stories of gigs gone awry, record labels falling out of love with their artists (and vice versa), and chemistry problems (both metaphorical and actual) within the band.

So This Is Spinal Tap has long been a great primer for actually working in and around this business of music.

But I think that when people look at that movie, and the others that sprung from the fertile comedic fields of this trio and their usual suspects (ie. A Mighty Wind, Waiting For Guffman, Best In Show, etc), they tend to focus primarily on the improvisational aspects of the film.

What people don't realize, and what was underscored tremendously with the Unwigged show, is that yeah, it's easy to improv around basic tenets of a story when you've got anchors like these songs you can use to grab and hold onto. 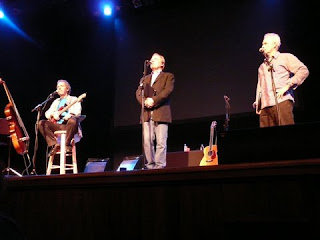 As opposed to other, lesser attempts at improv comedy filmmaking that tend to focus on one good piece of supporting material (if that), This Is Spinal Tap has a dozen-plus songs (and snippets of many more) that add to the overall filmmaking and -watching experience. You feel that (albeit manufactured) history underscoring and enhancing the (albeit manufactured) reality...and hilarity.

So when McKean, Guest and Shearer rolled out songs like "Hell Hole," "Stonehenge" and "Big Bottom" from Tap's metal period, supported by their skiffle anthems "All The Way Home" and "Gimme Some Money" or the psychedelia of "(Listen To The) Flower People," it amplified the power those pieces have, adding to the storytelling experience in such a way that exposition never could have.

And that's just the stuff from This Is Spinal Tap. "Never Did No Wanderin'," "Blood On The Coal," "Old Joe's Place" and the title track from A Mighty Wind did the exact same thing.

So, back to the proposal story...

I'd heard that they had a Q&A section in the middle of the show, so armed with that knowledge, the fact that I ask people questions for a "living" and that I would be sitting in the second row led me think maybe I'd have a pretty good chance to be chosen for a query.

The plan deepened right before the show, when I met up with my friend Yvonne Smith, a ridiculously fetching blonde woman unafraid to join me on the second row. I told her my intended question, of which she approved, and so we decided that she would garner the boys' attention, then hand off the mic to me for the question.

Which is exactly what happened, and Yvonne admitted it on the mic before handing it over to me. Only McKean jumped ahead of the question to ask, "Lucas, you're not going to ask her to marry you right now, are you?" to which I could only sputter into the mic a denial. Shearer said something about the pressure being on me now.

I asked the question: "If J.J. Abrams were to approach you about a Spinal Tap prequel..." (pause for audience reaction) "...who would you suggest play David, Derek and Nigel?"

Guest responded first by saying, obviously, Nigel should be played by comedian Martin Lawrence. Shearer, apparently unaware that Dwayne Johnson stopped going by this name a while back, said Nigel would be better suited being played by The Rock. Seth Green got thrown into the equation by McKean.

Shearer (I think) said the casting question was food for thought, but then looked at me and answered seriously that the prequel idea was something they've been approached about many times, but they've consistently turned away.

The crowd laughed, the guys laughed...for me, mission accomplished. Not just that I got my question asked and answered, but it was something clearly they're not asked about in that context often. I derive a lot of satisfaction from interview subjects having to think about an answer, rather than spewing something they dig up on autopilot.

Right after the Q&A section, they showed the second of two fan videos set to Spinal Tap songs, this one the Lego version of "Tonight I'm Gonna Rock You Tonight" (see embedded video below), and McKean noted that rather than throwing up the devil horns/rock fingers sign, from now on we should all just throw up the "Lego hands" (kind of a cockeyed C-shape) to show our pleasure with something that rocks especially hard.

And so, after they played "A Mighty Wind" and a jazzed-up version of "Big Bottom," Yvonne and I both thrust the Lego hands into the air microseconds before McKean did it on stage. He looked at us, laughed, and said "Lucas, would you marry *me*?" 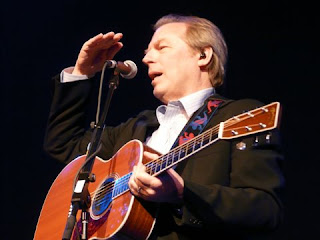 "Wow," I thought as I struggled for breath while laughing, "...awkward." I remember feeling the iPhone in my shirt pocket and thinking, "I wonder what kind of messages are going to be waiting for me when this show is over."

And then McKean goes a step further in underlining the awkwardness, introducing his wife, the lovely and talented (and Oscar-nominated with McKean) Annette O'Toole, who sang with the trio on "The Good Book Song" and dueted with McKean on "A Kiss At The End of the Rainbow."

Oh, sure...propose to me one minute, kiss your wife two songs later.

To say Nashville's Unwigged tour stop was a memorable night will forever be an understatement. It was fun to see yet another set of artists be staggered by the history of the Ryman Auditorium, to see locals like Delbert McClinton, Bela Fleck and Casey Driessen adopted into the Tap fold temporarily (and gratefully, if the looks on the primaries' faces were to be believed), and to see an energetic crowd show such love for rock 'n' roll 'n' movies 'n' more.

But, Michael...as flattered as I am, I'm afraid I'm going to have to turn you down. I'm holding out for Harry, mainly because of these two simple words: Simpsons money.
- Lucas Hendrickson at 12:31 PM

Michael McKean proposes to you and that's awkward? Try handling the pause when an an acquaintance tells you they're going to Thailand and you make a wisecrack about sex tourism ...

You had a chance to propose to a ridiculously fetching blonde, with what might be called home-court advantage (being in the Ryman) and having Spinal Tap and the audience on your side, and you let it pass?

More Tap-esque humor: Look at the first photo you posted. Whose hands are those on McKean's shoulders? Guest's are in front of him, and unless Harry's a contortionist, at least one of those is not his. Does he have a small child pulling up on him from behind? Brilliant!