Going along for the ride... 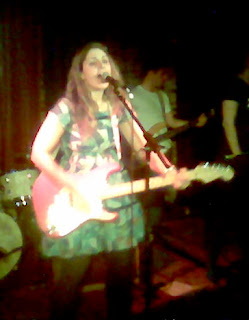 And then there’s the other end of the scale, the artists working hard to find their voice, to shape ideas into concrete form but still have fun while doing it.

“Never be afraid of the two-and-a-half-minute pop song.”

After seeing West at several handfuls of Guilty Pleasures show tackle some of the more light-hearted moments (when hasn’t she nailed “Material Girl,” really?), it shouldn’t have been a surprise to experience the cold smash open to the disc with “Don’t Let Me Down,” a simple, clear, fun pop song.

And yet, it kinda was, simply because so much of the songcrafting around these parts tends to veer toward tunes that can be performed either solo or with a band, with an eye to those times where you don’t have everybody available to you, but by god, you’ve got a gig and you’re gonna play. 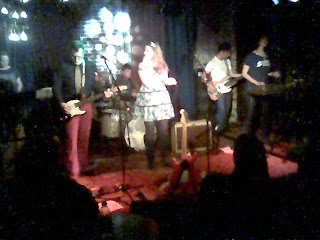 Go Jane Go, once again, is a band project. Kristy is a fun, capable, engaging frontwoman, to the point of encouraging the crowd to take part in an upcoming “Beyonce booty shake” mere seconds before remembering her grandparents were in the house. But it was all hands on deck this night at The Basement, and all hands performed their duties well.

Heath Haynes’ guitar work was suitably jangly. Jeff Boswell found some tasty bass lines of his own accord, but fell right into the necessary pockets with drummer Josh Walker. And between Tatia Rose and Kate Kalil, you had two completely different kinds of keyboard presence (Tatia more piano, Kate more synth), both choices made sense. 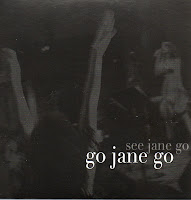 Another pleasant surprise on See Jane Go, as well as the CD release show itself, was the stylistic diversity, with tracks like "Country Song" (which brought out the braver, more slow-dancin’ side of West’s audience/family members) and especially "Feel So Sad" taking the disc/show in a different direction, but one that hardly felt out of place.

We too often forget that rock ‘n’ roll is supposed to be fun. Go Jane Go is one outfit that reminds us of that without even trying hard.