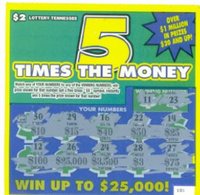 So Dw/M and I are heading out to Starwood Amphitheater to see the Steely Dan/Michael McDonald tour, not so much because we're relentlessly rabid fans of either artist (though MMcD is currently employing a friend of mine as his B3 player, so he takes the lead), but more because we've been following the Yacht Rock chronicles online, and this is pretty much Yacht Rock World Tour 2006.

(If you don't know what Yacht Rock is, and you like your parodies served up in five minute doses, head to Channel101.com and/or read more about YR here.)

Anyhoo, we duck into Kroger on the way...you know, your friendly neighborhood grocery monopoly (tm pending)? ...as Starwood now allows you to bring in some food and water...you know, basic human necessities that you shouldn't have to pay an arm and a leg for? (Thanks, Live Nation!) 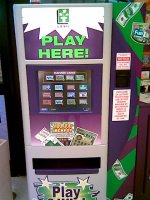 As we're leaving we see this doohickey here, which for someone with (a) a love of things with buttons and (b) an occasional dislike for people in general and convenience store clerks in particular is a godsend.

Here's the kicker though...it doesn't give change. Whatever denomination(s) you put in is coming back out in the form of SOGs, and SOGs only.

Still, it does make for an interesting notion to see if I get any luckier at the hands of actual people or through the virtual machinations of Señor Vendor here.

Apparently not today, though...

Game Play: Match one of two "winning numbers"
Did I win? Negatory.
What could I have won? 25 large