NFL to local TV: get off our yard! 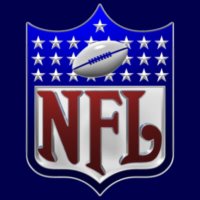 It's not often you can get all 32 NFL team owners to agree on anything, but this time they're united, all right. On a bad idea.

In Mike Organ's sports media column this week in The Tennessean, under the subhead "Ban The Ban," he writes about the recent 32-0 vote by the owners to ban local television cameras from the sidelines of NFL games.

Yes, having been on NFL sidelines before, they can get mighty crowded, what with different photogs and videogs having different priorities on what they want/need to shoot.

(Actually, the biggest problem on the sidelines are the nimrods holding the parabolic mikes for both radio and TV use...yes, they look cool, but they people running them aren't usually the brightest bulbs in the chandelier, hence the nickname "bubble boys"...)

But the local guys are always running on a different schedule than the national folks, and shouldn't have to wait for some league-scrubbed and -approved highlights package to fly through the air before they do their reportage.

The league-produced highlight reel may not catch the drama wanted by the local folks (both broadcasters and audience), and certainly won't do anything to show either team involved in the game in a bad light.

This is just a stupid, short-sighted move on the owners part. Even being as big an NFL fan as I am, I wish the local sports guys would have the guts to not show the highlights at all...simply show the score and get some locker room reaction. Then cut to a graphic showing fans how they can contact their local team as well as the NFL office itself to express their displeasure.

Probably not going to happen, but one can dream...
- Lucas Hendrickson at 9:03 AM