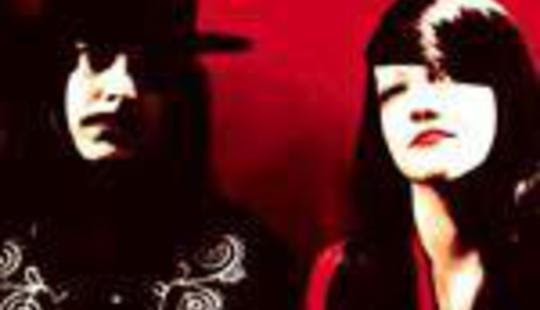 "Who are you to decide what's good and what's bad?"

This phrase (or one like it) is one I've been asked more than a few times during my journalism career. The most recent example came last Saturday night after the Will Hoge show at City Hall, when an inebriated young woman/wannabe artist saw me reading a local entertainment publication, wondered why I was reading it, told her I wrote for it and then hits me with The Question.

"Who are you to decide what's good and what's bad?"

I tend not to answer The Question because it usually gets me into a debate that I can't possibly win.

But had I been in more of a combative mood, I might have said something like this:

"Because I've listened to more crap than you could possibly imagine.

Because I've trudged to hole-in-the-wall venues in hopes of hearing something that would yank me out of the rut of the comfortable, even though there's no hope of this music ever appealing to an audience bigger than a small-town phonebook.

Because I have a more-than-passible command of the English language.

Because I know my words and the way I string them together have, on occasion, made people change the way they think.

Because when you stumble across that song, that performer, that band, that moment that makes you forget about all that crap that came before it, it makes you want to convey it to a group of people who couldn't/haven't experienced it."

Jack White has posted a snitty little comment about critics on The White Stripes' website, a customary response when bands don't get quite as much critical love as they once did.

But he makes a valid point about opinions today and where they come from. The combination of the Internet and the explosion of entertainment journalism, both of which rely on sheer volume for validity, have made comment on these media items unavoidable.

So, now, artists (and their fans, certainly) can pick and choose exactly the items, outlets and writers that smooch their hindquarters to their heightened satisfaction, and choose to deride the ones that don't.

Jack goes off-course when he says, "Critics are the only public expression that isn’t ‘allowed’ to be critiqued." To that I say, "Bull---t." Critics get critiqued all the time, via letters to the editor, via analysis from their bosses, via circulation numbers rising and/or falling, via other critics.

We are an society littered with opportunities to express our opinion; it's codified into the DNA of this country via the First Amendment. But there's also a hard-and-fast idea of "Less Is More," and the idea that those days when we had less opinion floating around in the mass media ether ultimately meaning more in the long run has really began to ring true with me.

I take what I do very seriously; I like to have fun at it and have been accused on more than one occasion of being goofy, but in the end, I want to serve whatever audience I drum up well. That's why I've been careful about who I write for and why; if I was just in in for the money, I would've been out of this biz a long time ago.

So know this: if you see my name beside something in print or on the Internet, I've put a lot of thought (not to mention more than 15 years of experience) into it. Realize that ahead of time, that I'm not just spouting off to hear myself talk, and whatever disagreements we may have can be approached from an informed level.