After beginning the month with my annual immersion into the world of commercial country music (see below and thanks per usual to the fine folks at USA TODAY for giving me the reins again), it's time to put thought into the upcoming extravaganza that is U2's first Nashville show in nearly three decades. 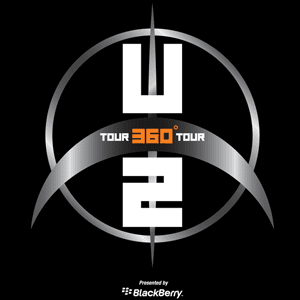 Say what you will about the Irish quartet...and many have, especially in the wake of their recent Glastonbury Festival headlining gig. But what I saw from the video feeds coming out of Glasto Friday night were 80,000-plus faces, in the rain, waving flags and singing along with every word.

So, for this week in Nashville, if you're a U2 hater, do us all a favor...keep it to yourself. The faithful have been waiting a long damn time for this, and we intend to enjoy every second.

Which will also include an incredibly cool show Wednesday night at Downtown Presbyterian Church titled "When Love Comes To Town: A U2 Tribute" which will include a boatload of Nashville's most talented artists covering U2 songs with the suggested cover donation going to The Contributor, Nashville's newspaper devoted to helping the homeless. (In other words, a good time for a good cause.)

Meanwhile, I'm going back into the photo archives from 2009 and pulling up some shots from the Georgia Dome, the first time I took a ride on the Irish spaceship...