Reflections on a Monday night in Nashville... 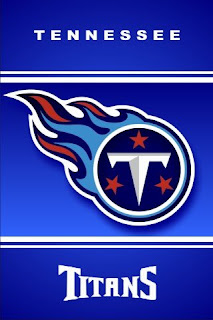 Let's see...do I have any thoughts on the Titans' beatdown of the Indianapolis Colts on national TV Monday night? Maybe one or two...

Kerry Collins: Game Manager
Move the ball, move the chains, run the clock. You do those three things, especially in the second half and against an offense that's just begging to shake off it's doldrums, and you're gonna win some ball games. The facts are these: Kerry Collins hasn't had a 200-yard passing game this season, and his completion percentages is pretty average. But he's only thrown three picks and only been sacked once. He's doing what's being asked of him, and has the physical and mental skills to adjust his game to what the defense is giving him. Against KC, it was getting the ball to his rushers, allowing them to thrash the Chiefs for 300+ yards on the ground. Against the Colts, it was hanging in the short-step pocket, allowing the routes to emerge and finding his target and delivering the ball on target. He's the perfect quarterback for what this team wants to accomplish right now. The future will take care of itself.

7-0, could also mean 7-9
Look, a lot of phrases are being thrown around on the national level about this team: "game manager," "small market," "no-name defense." But Jeff Fisher's got these guys' heads in the right place. Kevin Mawae throwing up five fingers on one hand and two on the other to signify their seven wins is about as demonstrative a statement this team is going to make. I've been impressed with how they've approached every victory with the idea that all it does is guarantee that number of victories, that it could all fall apart from here and that you should never take a good start for granted (*cough*Vanderbilt*cough*)

Step on their necks
One of the hallmarks of the last time the Titans were this good was that you never knew if they could finish a game out without losing the lead they'd worked so hard for at least once. This time around, they're getting the lead and keeping it. The two-point conversion and the two consecutive fourth-down stops? All three plays were potential game changers, and the Titans came up big each time. They're playing with a tremendous amount of swagger on the field, and completely avoiding that swagger off it. The "We're not getting any respect" line you so typically hear from teams of this caliber? Nowhere to be found.
- Lucas Hendrickson at 12:45 PM